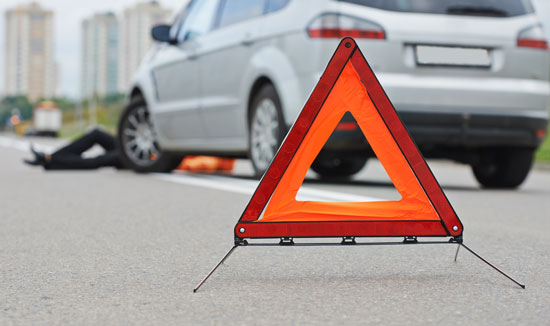 We routinely cross streets without giving much thought to this task or the potential dangers associated with it. Yet, every year, thousands of Americans are killed or injured while navigating the Nation’s streets, crosswalks, sidewalks, and intersections. Cherepinskiy Law Firm, Los Angeles pedestrian accident attorney, is a zealous fighter on behalf of the victims of pedestrian accidents and their families. This firm’s extensive litigation, courtroom, and trial expertise make it a formidable force in the battle for financial compensation for victims’ injuries. Cherepinskiy Law Firm uses unique legal strategies and modern technology to successfully pursue every case from the initial investigation through trial.

Pedestrian safety is extremely important. In the recent years, this issue has become more significant than ever. More and more people make efforts to lead healthy lifestyles and, as a result, there has been an increase in the number of people who walk, jog, and run on a daily basis.

The term “pedestrian” includes anyone who is not using a motor vehicle, motorcycle, or a bicycle. Pedestrians are those individuals who travel on foot or use skateboards, roller skates, scooters, hoverboards, skateboards, and other similar conveyances. Individuals with disabilities who use wheelchairs, tricycles, quadricycles, and other similar modes of transportation are also considered to be pedestrians.

Pedestrian Fatalities in the United States

In the United States, approximately 75,000 pedestrians are killed or injured every year on the Nation’s roads, crosswalks, sidewalks, and intersections.

The statistical data from the National Highway Traffic Safety Administration (“NHTSA”) shows that the number of pedestrian fatalities in the United States is on the rise. Two pedestrians are killed approximately every 3 hours as a result of traffic crashes. NHTSA reports the following data with respect to the number of pedestrians killed in traffic accidents during the period of 1997 through 2016:

In 2016, the number of pedestrians who died as a result of being hit by a motor vehicle was 5,987, which represents the highest number of annual fatalities since 1990.

Based on the statistical data from the NHTSA, in 2016:

Pedestrian Deaths in the City of Los Angeles

Based on the review of the statistical data by the Los Angeles pedestrian accident attorney at Cherepinskiy Law Firm, the number of pedestrian fatalities in the city are frightening.

The Most Hazardous Intersections in Los Angeles

A pedestrian accident may lead to serious and catastrophic injuries, as well as a fatality. The following is the listing of the most common injuries that can be caused when pedestrians are hit by motor vehicles: 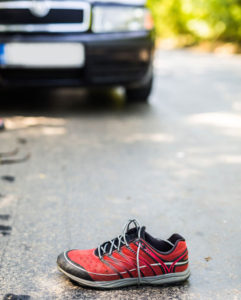 Most pedestrian accidents and fatalities occur as a result of the following types of inappropriate driver behavior:

Nevertheless, it is worth noting that pedestrians themselves play a tremendous role in their own safety. Causing accidents while being under the influence – is not limited to drivers only. Statistical data shows that a third of pedestrian fatalities involve pedestrians with alcohol intoxication.

In August of 2015, the Mayor of Los Angeles, Eric Garcetti, issued Executive Directive #10 and officially started the “Vision Zero Initiative”. The goal of this initiative is to aim for the reduction of traffic-related deaths to absolute zero through a series of improvements in the City’s crosswalks and pedestrian safety devices.

Sweden is the World’s pioneer in the Vision Zero concept. Specifically, in 1997, the Swedish government approved this safety-enhancing policy. Instead of placing the blame for traffic deaths on drivers, the Vision Zero philosophy is to implement a system-wide overhaul of traffic safety, including changes in the infrastructure and technology. Sweden’s invention has been very successful and resulted in a 50% reduction in pedestrian fatalities.

In Los Angeles, the first such crosswalk was installed in November of 2015 at the intersection of Hollywood Boulevard and Highland Avenue.

Typically, this head start lasts 3 to 7 seconds, but it can be as long as 10 seconds.  Some of these LPI intersections are equipped with detailed instructions for pedestrians.

If an LPI is in operation, a “walk” signal instructs pedestrians to start crossing the intersection and, several seconds later, the street light turns green allowing vehicles to start moving. This system is designed to increase pedestrian visibility and remind drivers who are making turns (especially right turns) that pedestrians have the right-of-way and vehicles have to yield to them.

In California, pedestrians have the right-of-way. Nevertheless, they have an obligation to follow traffic rules as well. The National Highway Traffic Safety Administration (“NHTSA”) and the California Department of Motor Vehicles (“DMV”) recommend the following pedestrian safety guidelines, which should be followed by pedestrians:

The NHTSA and the California DMV recommend that all drivers recognize and obey the following general driving guidelines, which are designed to promote the safety of pedestrians on our roadways:

In addition to the general driving guidelines applicable to pedestrians, California has specific “right-of-way” laws and rules that emphasize the importance of pedestrian safety. Based on the statistical data, many pedestrians are injured or killed as a result of right-of-way violations by California’s motorists. Specific road locations have their own sets of rules and guidelines as follows:

Crosswalks are specifically designated to be used by pedestrians. The vast majority of crosswalks are found at street corners, but “mid-block” crosswalks exist as well. Typically, crosswalks are marked with: 1) painted white lines for general public and 2) yellow lines in school areas. In residential areas, crossings are not marked at all. With respect to the safety of pedestrians who are crossing the street, drivers must always obey these right-of-way rules:

Intersections include any locations where two different roadways “meet” each other – typically, at a 90-degree angle. Based on the data from the Federal Highway Administration (“FHA”), over 20% of reported fatalities in the United States involve intersection crashes.

Roundabouts are a type of an intersection where vehicles move counter-clockwise around an elevated or blocked central area called an “island”. When exiting or entering a roundabout, always watch for pedestrians and yield to them.

What Damages Can be Recovered in Pedestrian Accident Cases?

Victims of pedestrian accidents can claim the following two main types of damages: Non-Economic and Economic damages. In some situations, those who have been injured as a result of a pedestrian accident may potentially seek Punitive Damages. In order to obtain maximum compensation, you need the assistance of pedestrian accident lawyer Los Angeles residents can rely on for justice. For cases involving future care, Cherepinskiy Law Firm retains top expert physicians, life care planners, and economists to evaluate clients’ needs and present the best case on their behalf. A detailed discussion of the recoverable damages is included on the Personal Injury Damages page of this website.

If a pedestrian accident resulted in the death of a loved one, then compensation can be sought in a Wrongful Death action.

Get a Free Consultation! Promptly Contact the Pedestrian Accident Lawyer Los Angeles Residents Can Count On

If you believe your injuries or a loved one’s death occurred as a result of a pedestrian accident, please call or fill out an electronic contact form today to request a free consultation. Cherepinskiy Law Firm, as the Los Angeles pedestrian accident lawyer, will work in a tireless and compassionate manner in a personal injury or a wrongful death case to make sure you are compensated for your injuries and losses.