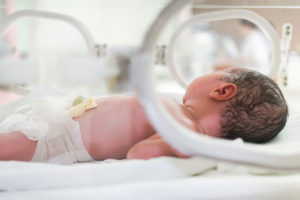 Injuries that are suffered during the process of birth have the potential to cause lifelong disabilities and permanently change newborns’ lives. If your child suffered harm during birth due to the carelessness of medical professionals, you have the right to seek compensation from the wrongdoers for expensive medical and attendant care that your child will require. Dmitriy Cherepinskiy is a former medical malpractice defense attorney with unique skills and experience. Dmitriy is the birth injury lawyer Los Angeles residents can rely on in the fight for justice. Cherepinskiy Law Firm will work tirelessly and fight zealously for the victims of birth trauma and their families.

Physicians, nurses and other hospital staff have legal and ethical obligations to provide every patient with highly skilled care and treatment. In terms of childbirth, this concept becomes critically significant. Medical professionals have a duty to comply with the standard of care and ensure that a newborn child is delivered unharmed and without catastrophic injuries. In modern medicine, technological, practical, and pharmaceutical advances have led to a significant reduction in birth injuries. However, each year, medical malpractice still leads to thousands of debilitating birth injuries. Based on the statistical data, every year, approximately 3 percent of babies born in the United States suffer some form of a birth injury. This firm works hard on behalf of birth trauma victims and their families. 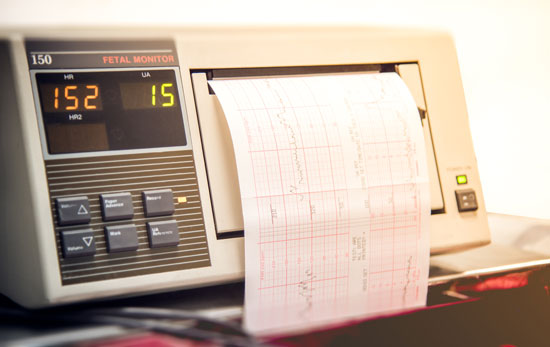 The process of childbirth is very delicate. However, doctors who specialize in obstetrics (the medical specialty devoted to childbirth and the care of women giving birth) undergo extensive training regarding the unique aspects and potential complications of childbirth. Considering the extensive preparation as well as the modern equipment and safeguards available before and during the delivery, there is no excuse for any child to suffer a birth injury. Unfortunately, physicians and nurses can negligently cause serious birth injuries in multiple ways. The common causes of birth trauma and injuries are as follows:

These and other acts of negligence can rapidly cause a birth injury. Most parents, however, do not have the medical training that would enable them to recognize that their child’s birth injury had been caused by medical malpractice. If you suspect that a medical practitioner’s carelessness led to your child’s birth-related injury, you need the assistance of a Los Angeles birth injury lawyer who has the expertise to evaluate and investigate your matter. 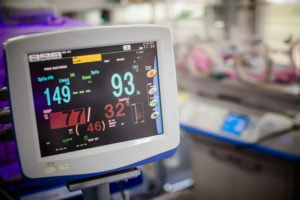 Newborns are in a vulnerable state as they are delivered. As such, the birthing process must proceed at the right pace and with as few complications as possible. It is the responsibility of doctors to ensure that children and their mother are properly cared for at all times. The Los Angeles birth injury attorney at Cherepinskiy Law Firm has access to medical experts in all fields related to birth injuries. When doctors act recklessly, such as in the manner listed above or otherwise, many different injuries can be suffered by the child, including:

This is a Detailed Overview of the Types of Birth Injuries provided by Los Angeles birth injury lawyer:

Cerebral Palsy is a disorder that affects movement, muscle tone or posture due to the damage to a newborn child’s immature and developing brain. This injury is typically caused by head injuries, oxygen deprivation, inappropriate use of vacuum extractors, and other birth-related types of medical negligence. Injured children suffer from permanent developmental, physical, and neurological disabilities, such as difficulties with walking and movement, developmental delays, seizures, and other serious conditions.

Erb’s Palsy impairs the nerves within the neck, which are responsible for controlling the motions of the arm. Affected children have muscles turned inward toward the body, disrupting their mobility. In terms of this injury’s mechanism, it can occur during delivery as follows: while the baby’s shoulders and head are passing through the birth canal, the baby’s neck can be stretched in an unnatural manner – leading to an injury. Erb’s palsy belongs to the category of brachial plexus injuries. The severity of the condition depends on the type of the nerve injury:

(1) neurapraxia – when a nerve is stretched;

(2) neuroma – a more serious type of the nerve-stretching injury that leaves a scar tissue;

(3) rupture – a tear in the nerve that requires grafting a different nerve from a healthy muscle in the infant’s body;

(4) avulsion — the worst type of Erb’s palsy, where the nerve is torn and detached from the spinal cord; in these cases, it is not possible to reattach the nerve and the arm is left motionless.

Birth asphyxia happens when a baby does not receive sufficient oxygen before, during or just after birth. The typical causes of birth asphyxia are as follows:

All of the above circumstances represent an emergency where time is of the essence. If a vaginal delivery is delayed or a C-section is not performed timely due to the failure to recognize signs of fetal distress based on the fetal heart rate monitoring or other reasons, asphyxia can result in the baby’s oxygen deprivation with catastrophic consequences. Birth asphyxia can quickly lead to severe brain damage and the resulting physical, neurologic, developmental, and mental disabilities. In such cases, the assistance of the Los Angeles birth injury lawyer is necessary to seek compensation from those whose negligence caused the child’s asphyxia and the resulting impairments.

Hypoxic-ischemic encephalopathy (“HIE”) is among some of the most serious types of injury to the brain. HIE is caused when a baby’s brain is deprived of oxygen. As discusses above, this injury-causing mechanism is referred as “intrapartum asphyxia”. The newborn’s body can tolerate very brief periods of reduced oxygen supply to the brain; however, prolonged asphyxia destroys brain tissue.

Hypoxic-ischemic encephalopathy caused by fetal or neonatal asphyxia due to the compromised flow of oxygenated blood to the brain – frequently leads to severe disabilities such as epilepsy, cognitive impairments, developmental and neurodevelopmental delays, as well as motor and movement – related disabilities. Typically, the severity of the disability caused by hypoxic-ischemic encephalopathy cannot be evaluated until the child turns three or four years old. In some cases, this type of brain injury can lead to the child’s death.

Negligent use of vacuum extraction devices can result in the formation of thrombosis – the blockage of blood vessels with blood clots which, in turn, frequently causes a stroke. Additionally, careless use of vacuum extractors can lead to severe brain damage from brain bleedings, brain contusions, compression of the brain, and tearing and stretching of the brain tissue and blood vessels.

Negligent use of vacuum extraction devices during delivery is the leading cause of brain hemorrhages and brain bleeding-related birth injuries. Physicians have an obligation to obtain the mother’s informed consent for the use of a vacuum extractor, informing her of the risks associated with vacuum-assisted deliveries as well as the alternatives (e.g. a Cesarean section delivery).

During delivery, doctors must avoid application of excessive pulling forces, prolonged pulling (over 10-15 minutes), as well as the twisting of the baby’s head or neck. The selection of appropriate suction cups and proper fetal monitoring are essential as well. In addition, inappropriate use of forceps during delivery can also lead to brain hemorrhages. Violations of these standards of care can lead to catastrophic brain hemorrhages which, include the following:

Improper use of forceps by a delivering obstetrician can cause an infant to suffer bone fractures. A doctor’s negligent use of a vacuum extraction device may lead to skull fractures in infants.

A delivering doctor’s negligent failure to recognize labor complications, inappropriate manipulation and positioning of the infant during delivery, and other types of delivery -related negligence can result in severe spinal cord injuries. Spinal cord damage leads to life-long physical, developmental, mental, and neurologic impairments and disabilities.

This condition involves a swelling of a baby’s scalp shortly after delivery. Inappropriate use of forceps or vacuum extractors during deliveries can damage the scalp, causing caput succedanuem. Although it is not a life-threatening condition in itself, it may lead to serious health problems, such as jaundice.

A newborn’s facial nerve is called the seventh cranial nerve. During deliveries, if forceps are used in a negligent manner, the force and pressure exerted by this instrument upon the facial nerve can cause facial nerve palsy – i.e. the loss of controllable (voluntary) muscle movement in a newborn’s face.

This condition occurs when the mother’s placenta lies low in the uterus, and it covers the cervix. The presence of the placenta between the fetus and the birth canal acts as an obstacle blocking the delivery. Placenta previa creates a high risk of a maternal hemorrhage, which prevents the flow of oxygenated blood to the baby’s brain.

Sometimes, this condition resolves on its own but, if it does not, a Cesarean section (C-section) delivery is necessary to avoid catastrophic consequences for the newborn. The appropriate course of action is to initiate careful monitoring and bedrest in a hospital setting. In cases of prolonged bleeding or signs of fetal distress, blood transfusions must be performed until the baby is safely delivered. Deviations from this standard of care can lead to the fetal oxygen deprivation and permanent brain damage due to cerebral palsy, birth asphyxia, and hypoxic ischemic encephalopathy (HIE).

What Damages Can be Recovered in Birth Injury Cases?

Victims of birth injuries can claim the following two main types of damages: Non-Economic and Economic damages. In some situations, through their parents or other appropriate guardians, those unfortunate children who have suffered a birth injury may potentially seek Punitive Damages. For cases involving future care, the Los Angeles birth injury attorney at Cherepinskiy Law Firm retains top expert physicians, life care planners, and economists to evaluate clients’ needs and present the best case on their behalf. A detailed discussion of the recoverable damages is included on the Personal Injury Damages page of this website.

Since children suffer birth injuries at such an early age, the resulting impairments and disabilities can last a lifetime or even cut a child’s life short. This is what makes birth injuries so devastating and tragic.

If you believe a healthcare provider’s carelessness caused your child’s birth injuries or death, please call or fill out an electronic contact form today to request a free consultation. Cherepinskiy Law Firm, as the Los Angeles birth injury attorney, will work tirelessly, zealously, and compassionately in a medical malpractice or a wrongful death case to make sure you are compensated for all of your child’s needs while growing up or for your damages due to the tragic loss of the child.

U.S. Department of Education (services for children with disabilities): https://www2.ed.gov/parents/needs/speced/edpicks.jhtml

U.S. Administration for Children and Families (services for children with disabilities): https://childcare.gov/consumer-education/services-for-children-with-disabilities

University of Washington (national resources for parents of children with disabilities): https://www.washington.edu/doit/national-resources-parents-children-and-youth-disabilities